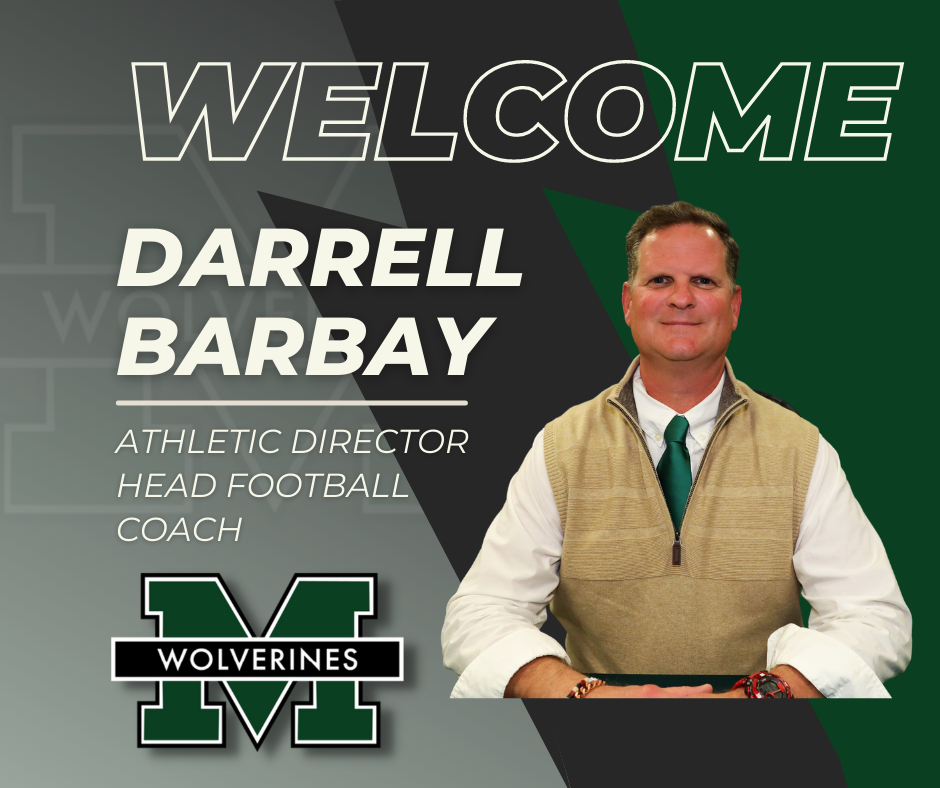 Veteran Texas high school coach Darrell Barbay has been named Athletic Director and Head Football Coach at Mansfield High School. Barbay will assume his new role immediately as he begins meeting with coaches, players, parents, and the faculty next week. Barbay, who earned his bachelor’s from Stephen F. Austin State University and his master’s degree from the University of Texas at Arlington, has over 28 years of experience as a coach and athletic director.

“I’m extremely excited to be part of Mansfield High School and the DeSoto Parish school system,” said Coach Barbay. “I look forward to getting on campus next week and meeting the faculty and our kids.”

“We feel fortunate and excited to have a coach the caliber of Darrell Barbay be a part of the Wolverine Family,” said Mansfield Principal, Anesha Ross. “He’s a proven winner and comes highly regarded within the Texas high school coaching ranks. We had lots of interest in the position, and he emerged over the selection process as the best fit to lead the Wolverine athletic and football programs into the future.”